Nathaniel Currier and James Merritt Ives (Currier & Ives) recognized that Americans longed to see what was happening in the world around them in the early 1800's and found a way to bring pictures to the masses.  The process was called lithography in which reversed, raised images were etched onto stone tables, inked, and impressed with paper. Eventually, one-color lithographs were embellished with hand-applied extra color, and later yet, multi-color lithography was perfected. While many Currier & Ives prints depicted current events, remembers most fondly are the nature prints, depicting harvest and snowfalls, cider making and haying, and, of course, those beautifully drawn, spirited horses.  As American as apple pie and lemonade, these famous lithographed scenes from the 19th century have decorated the walls of nearly every home and appeared on customized collector plates, jewelry boxes, and giftware items for over 100 years.

Heritage Mint, Ltd. in cooperation with Churchill Tables of England created the Currier & Ives Dinnerware series.  The set was available in Collector Blue or Chestnut Brown.  Four famous scenes were feature on the basic 5-piece place setting and all completers.

Peace to this Home - Turkey Platter

Below are pictures of the product sheet and display that was used in the supermarket promotions showing the product line. 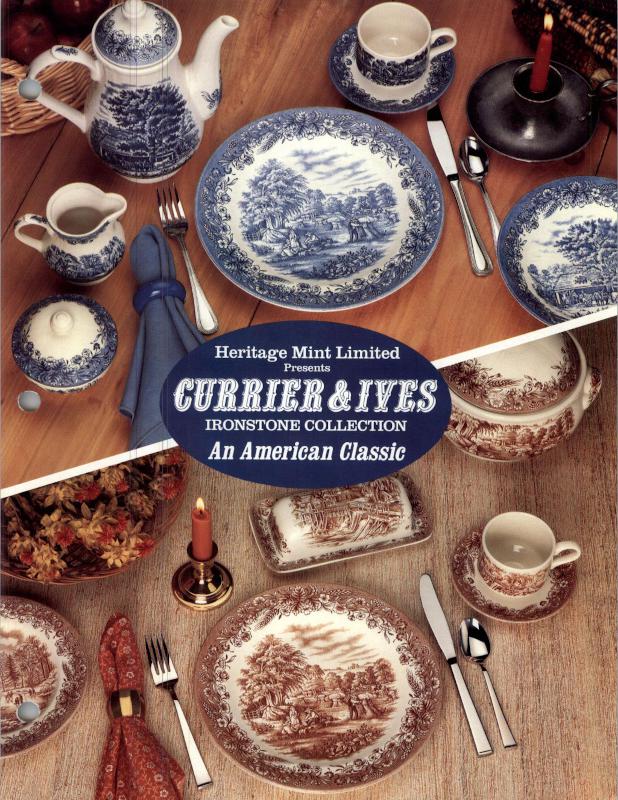 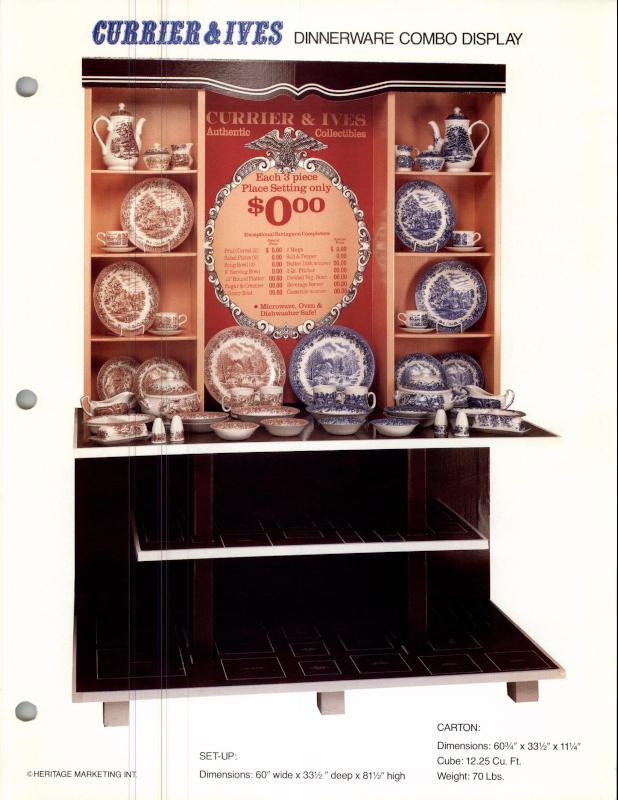